The City of McPherson is asking the community to participate in our funding for the historic August San Romani Memorial Band Shell stage, exterior and interior wall renovation. The band shell roof was replaced in the fall of 2014.

It may seem hard to believe, but the historic August San Romani Memorial Band Shell turned seventy-five in 2014.

As the 1938 and 1939 annual reports of the City of McPherson explained, “On October 6th, a special election was held at which … $38,500 in bonds was voted for the building of swimming pool and band shell in the new east park. This was matched by a government grant in the amount of $31,140, P.W.A.* Project Kansas 1403-F making a total of $67, 640 available. Contracts were let and work started in November for the construction of band shell and Hunter Seashore Swimming Pool with the construction of the swimming pool and bathhouse and band shell being completed in 1939 at a total cost of $69,985 of which $30,396.95 was a government grant”.

Designed by the architects Murray and Cayton of Abilene, Kansas, the band shell has proven over the years to be a continuing source for entertainment with a long tradition of music programs and May Fetes to point to with pride.

Today, located on the south side of the band shell’s stage, one may still view the original plaque from 1939 commemorating its construction. Some of the notaries listed include Mayor C.E. Booz, Commissioner of Finance & Revenue A.W. Bremyer, City Clerk Ellen Lundstrom, and Band Director A. San Romani, for whom the band shell was renamed in 1965.

The Convention and Visitors Bureau has provided numerous entertaining programs for all of our community residents and visitors for a number of years. The city park system, with help from various sources, has maintained the band shell as best as it can. Our park system has become old, worn, and tired, it’s time to focus on engaging and encouraging the citizens of McPherson and its leaders to express the community’s needs regarding the future of parks and facilities. Working together we will continue to build a strong community and improve the quality of life in McPherson. 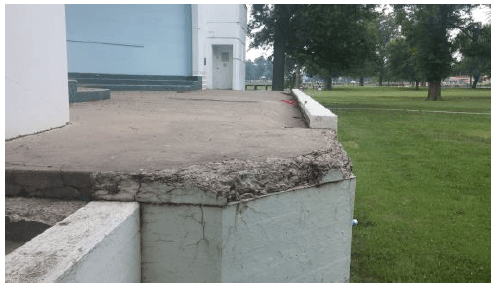 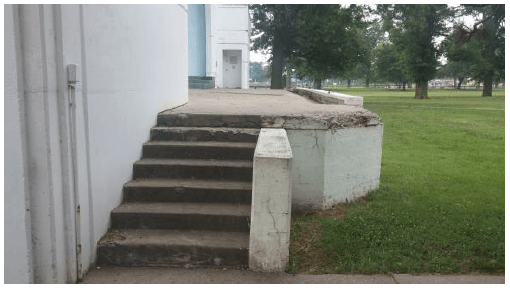 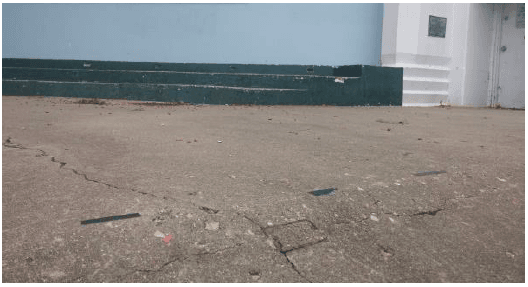